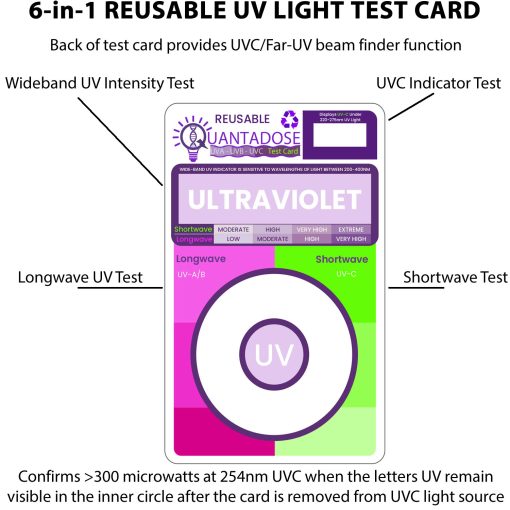 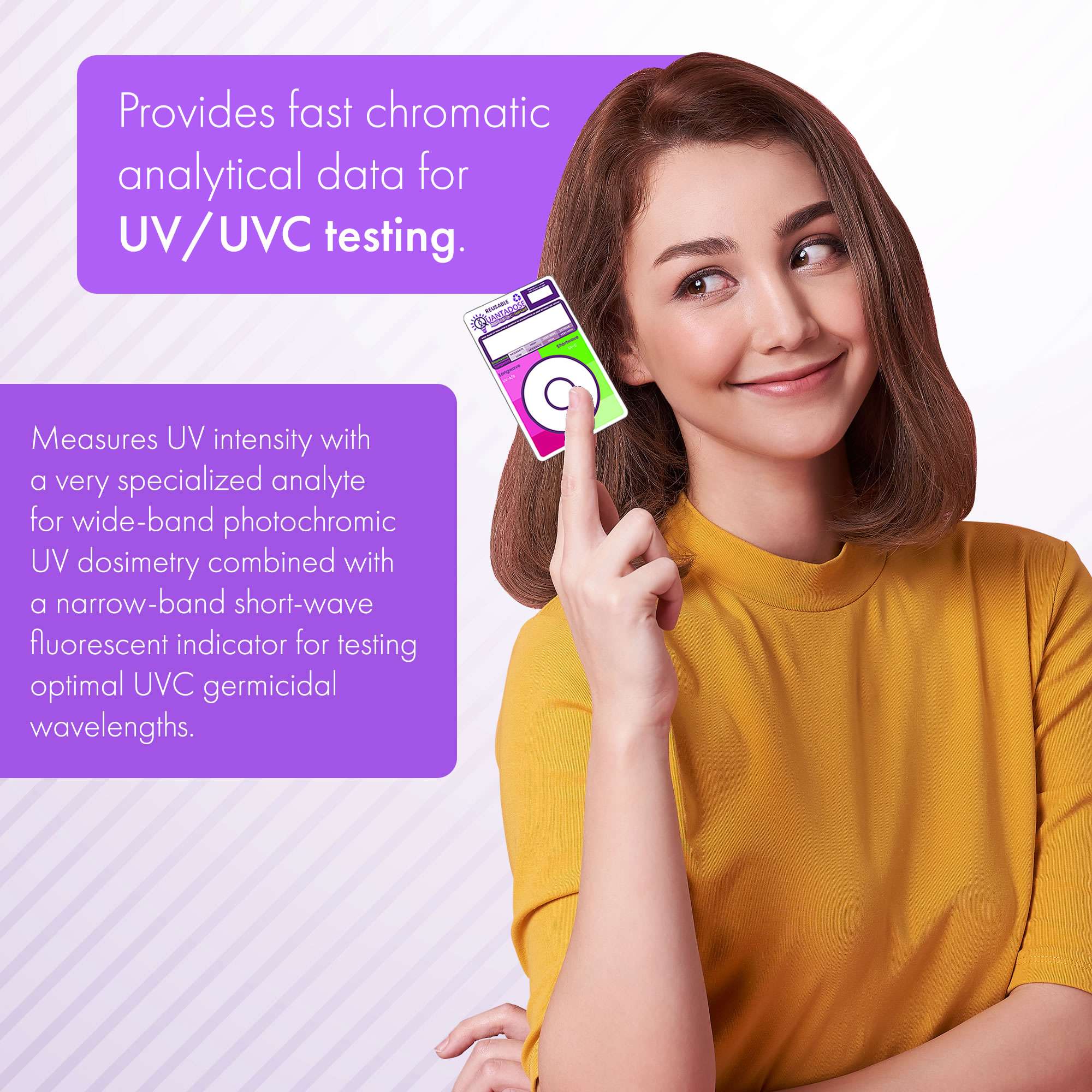 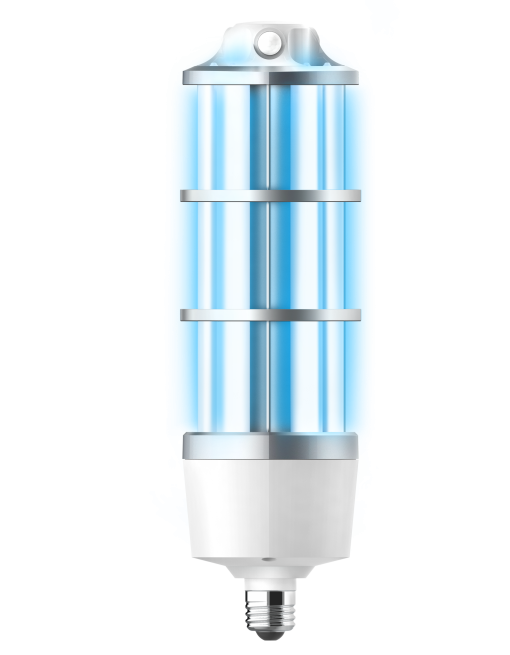 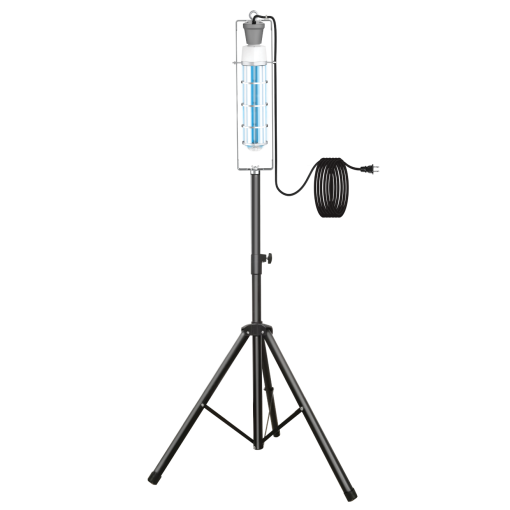 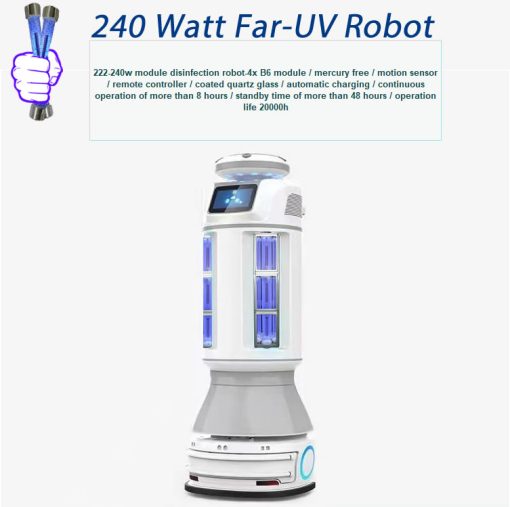 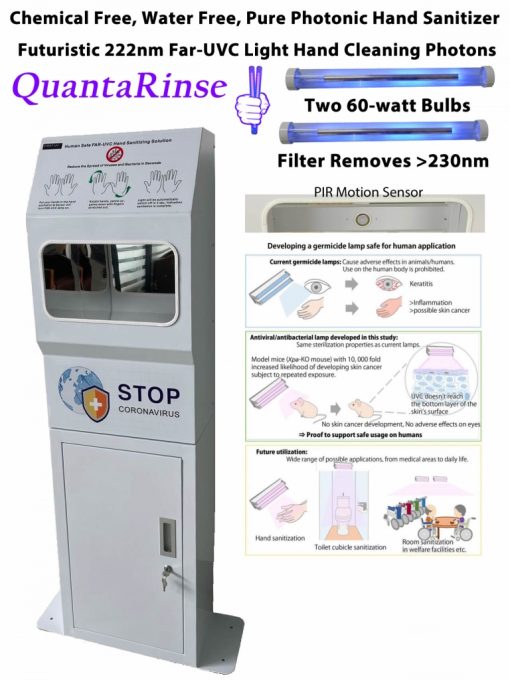 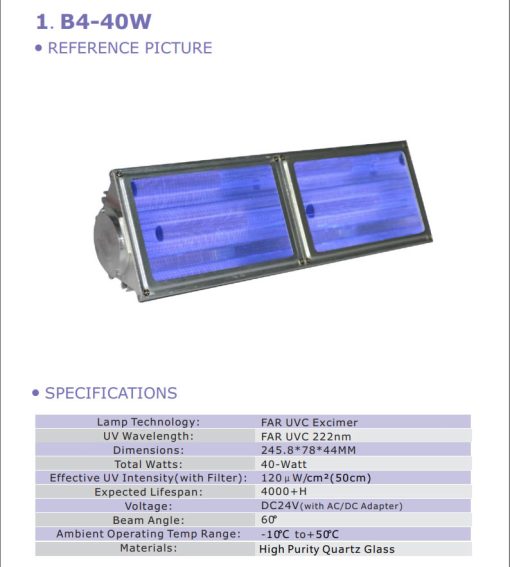 FDA DISCLAIMER – FOOD AND DRUG ADMINISTRATION STATEMENT
The statements made within this website have not been evaluated by the U.S. Food and Drug Administration. These statements and the products of this company are not intended to diagnose, treat, cure or prevent any disease.  Additional UVC light regulation requirements may be needed for sale or distribution in Hawaii, Indiana, New Mexico, Wyoming, and the US Territory of Puerto Rico. 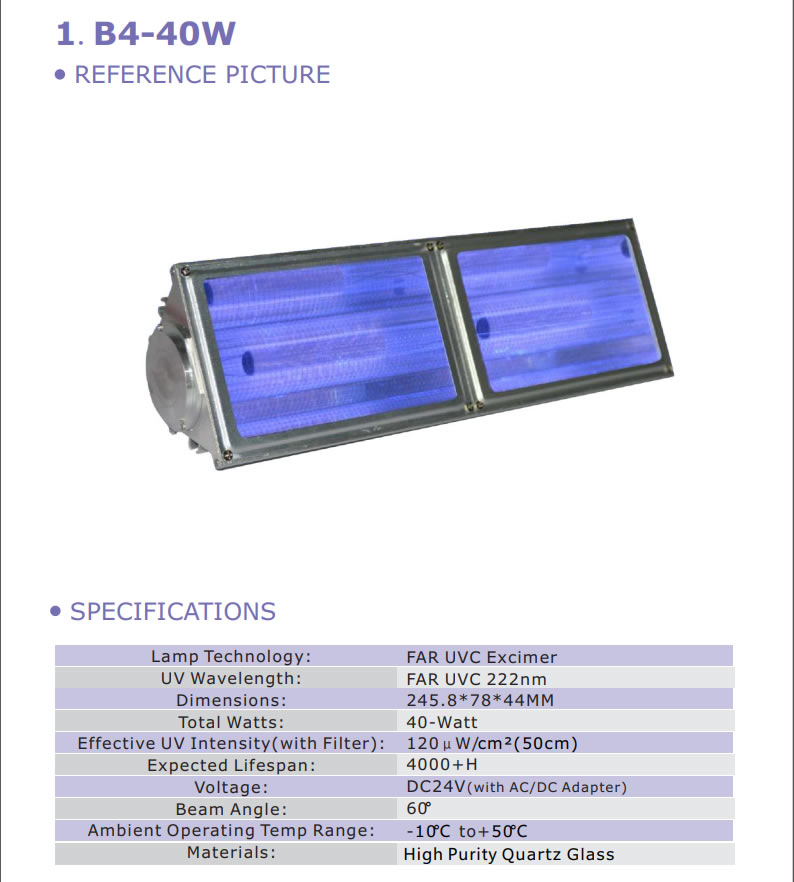 CAUTION: Far-UVC sources have not been tested for photosensitive individuals or those exposed to photo-sensitizing agents.
CAUTION: Far-UVC may help to reduce the number of germs and microbes, but it will not eliminate them.
NOTE: Far-UVC is designed to sanitize air and surfaces using far ultraviolet C (Far-UVC). Research has shown Far-UVC light to be as or more effective in inactivating microbes than UVC light. Unlike conventional UVC, Far-UVC does not require the use of UV protective equipment when UVC wavelengths greater than 230nm are filtered from the Far-UVC light source. [1] [2] [3]
NOTE: The actual inactivation rate of microbes on surfaces and air will vary based on the type of microorganisms and the length of exposure time irradiated.
NOTE: QuantaDose issued a press release that offers an easy spreadsheet calculator tool to help Far-UVC light designers determine time allowance with a known power and distance to help figure out the time necessary to be effective and when the maximum levels of safe 222nm exposure levels are reached under current international standards. USA 22 mJ/cm2 EU 30 mJ/cm2

NOTE: Far-UVC is to be used combined with all safety measures and is not intended as a replacement or modification to an existing cleaning and sanitization program.
NOTE: Far-UVC a KrCl emitter has a nominal operational life of >3000 hours.   If the visible dim violet glow is no longer detected, the Far-UVC lamp must be replaced.  A QuantaDose UVC test card is included for Far-UVC light testing as well.

Find the 222nm Far-UVC light that is right for you!

The featured B-Series module contains highly efficient 222nm Excimer lamps and a safety filter that eliminates dangerous longer wavelengths of greater than 230nm.
The B-Series module feature is a powerful solution for occupied and unoccupied areas.
B-Series module equipped with an expected lifespan of 3,000-10,000 hours, the Excimer light emits a flood beam pattern and is replaceable.
The housing on this unit is constructed of aluminum alloy for durability.

Create a Flip Book for any product category. You can also select custom posts.