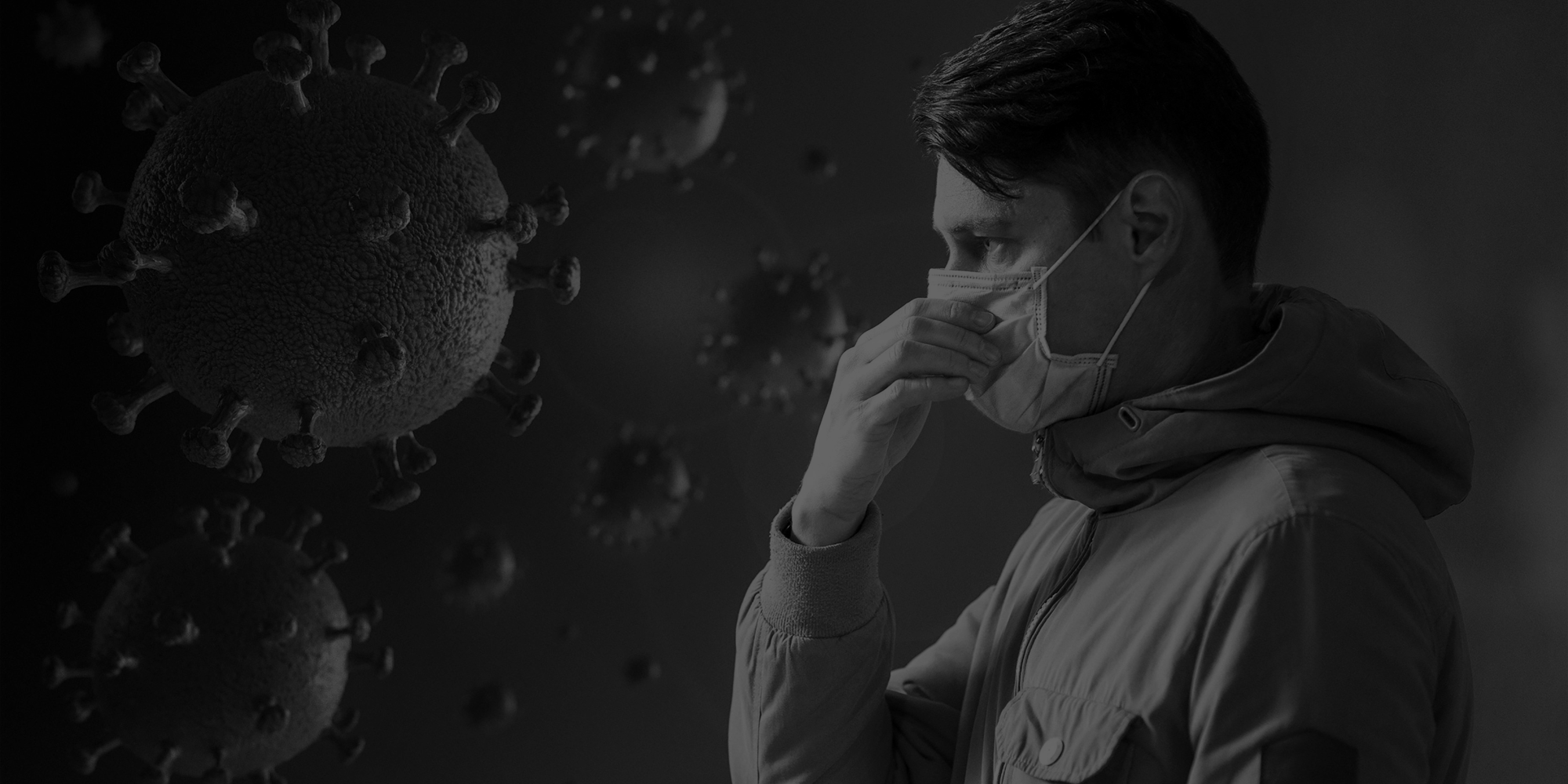 William Firth Wells was born in Boston in 1887, he was a military-trained sanitary engineer, and perhaps the clearest thinker on the subject of airborne infections to date! Wells later conducted seminal experiments at Harvard University between 1930-1937, and at the University of Pennsylvania 1937-1944, producing clear evidence for the airborne spread of infection.

Wells went on to challenge mainstream popular belief at the time: summarized in his still relevant 1955 masterwork, “Airborne Contagion and Air Hygiene: An Ecological Study of Droplet Infections” published by Harvard University Press.

Wells shared this crucial distinction he discovered between the droplet nuclei (airborne inhalable dried residua of larger respiratory droplets) and the germ-laden dust (non-inhalable larger respiratory droplets) with Richard L. Riley, who was a medical student working with him at Harvard at the time. Riley became Wells’ lifelong protégé that lived until the age of 90. passing in December 2001.

Less understood and appreciated by modern science is the importance of Wells’ introduction of the term “quantum” to represent the minimum dose necessary to cause infection in the host.

Quantum is the Latin word for amount and, in modern understanding, means the smallest possible discrete unit of any physical property, such as energy or matter, and in this case, a unit of contagion.

Not knowing for sure how many airborne infectious particles (conceivably containing more than one infectious microorganism), Wells used quantum or quanta (q) to describe whatever that unknown number was.

For example, in the vulnerable guinea pig, good evidence showed that infection could be caused by inhaling, on average, just one culturable airborne particle, so q=1. However, in a more resistant host like a previously infected person, for example, many inhaled infectious droplet nuclei might not result in sustained infection because of enhanced innate, adaptive, or even “learned” immunity – describing immunological response between innate and adaptive immunity.

Wells concluded that with greater host response, many more inhalations might be necessary for transmission and sustained infection, so q=1+X, the exact number rarely known and likely to be highly variable by the immune status, organism virulence, and even region of the lung. Finally, Wells understood that inhalation and infection was an inherently statistical process involving probabilities due to dilution and other factors, and he introduced the Poisson distribution in his definition of quanta:

“The response induced by infective droplet nuclei is quantal; the probability that an airborne particle, drifting at random indoors, will be breathed before it is vented is governed by chance. The number of occupants who become infected bears a Poisson relation to the number of infective particles which they breathe; 63.2 percent of the occupants will be infected when, on the average, each occupant breathed 1 infective particle. Hence, by definition, 36.8% of the occupants homogenously exposed to quanta of infection will not respond. Thus, in our experiments with rabbits 1 tubercle of Ravenel strain constitutes a quantum of infection when breathed as a fine droplet nucleus”.
(pp 140-141 Wells, 1955)

Wells was the first to factor the quantum of infection into an equation q=1+X (Quanta X). William Firth Wells’ work still holds its relevance today, however, there is a very important variable missing that Wells didn’t have access to when he was born 133 years ago!

If Wells was alive today, he would agree, the equation that neutralizes and suppresses the threat of airborne bio-agents is written like this!

For those of you that prefer plain English, please tell your friends and family about

Question: How can we defeat COVID?

The Answer In Form of the Equation: q=1+X+T

So, William Firth Wells was the first to coin a unit of contagion as Quanta with dose defined by X.

Ok, what else did he do? Anything helpful in suppressing

the airborne spread of infections bio-agents that he proved undoubtedly?

For starters in 1935, it was Wells who first demonstrated that ultraviolet germicidal irradiation (UVGI), which had been used to kill microorganisms on surfaces and in liquids, could also be used to kill airborne infectious organisms. This experiment proved that he had been correct that droplet nuclei could be infectious, and Wells was also the first to suggest UVGI as a route for airborne prevention.

Today, science has proven that a very narrow band of FAR-UVC between 207 nm and 222 nm will inactivate a virus in the air while safe for human-occupied spaces.

Wells was a pioneer in using the technology of his time to protect those most at risk from the most deadly of airborne contagions.

From 1937 to 1941, Wells implemented a long-term study using upper-room UVGI, that is, UVGI which only sanitized the area above people’s heads, allowing the room to be occupied at the time but relying on vertical ventilation to ensure the occupants breathe sanitized air.

This study installed upper-room UVGI in suburban Philadelphia schools to prevent the spread of measles. Wells’ 1955 book Air Contagion and Air Hygiene has been described as the authoritative book on the subject and a “landmark monograph on air hygiene.”

In a break-through study using two rooms for guinea pigs, connected to a tuberculosis ward. The animals in the second room, whose air was sanitized with UVGI, did not become ill, proving that the only transmission vector in the first room was the air from the connected tuberculosis ward which did not go through a sanitization process. The study was completed in 1961, and published in 1962, though Wells did not live to see the final paper.

William Firth Wells has played a pivotal role in how we understand, and fight aerosolized bio-agents and engage in territorial suppression today! Wells understood the quanta of bio-agents like Tesla understood the quanta of energy. Let us not forget that Wells also gave us the Wells curve (or Wells evaporation falling curve of droplets), a diagram, first developed by W. F. Wells in 1934,

As a reminder why Quanta X Technology must continue Wells’ mission to counter aerosolized bio-agents, Tyndall, a scientist in the early 1900s once said that “ All the havoc of war, ten times multiplied, would be evanescent if compared with the ravages due to atmospheric dust”, referring to unknown airborne pathogens in his time.

His words remain as true today as they were over a hundred years ago. We must not be complacent, one life is too many to lose! We must fight what we can not see for the sake of those at risk for all humanity! We have the missing variable to the Wells’ equation q=1+X+T, now let us find the best Non-Pharmaceutical Pandemic Countermeasures together to see Wells’ vision through!

What Nobody Needs to Know About Airborne Infection, By, Richard L. Riley