Skip to content
Far-UVC Light: Modern Highlanders Aim To End Coronavirus Pandemic By 2024 With New Electromagnetic Shield To Save Life On Planet

Far-UVC Light: Modern Highlanders Aim To End Coronavirus Pandemic By 2024 With New Electromagnetic Shield To Save Life On Planet 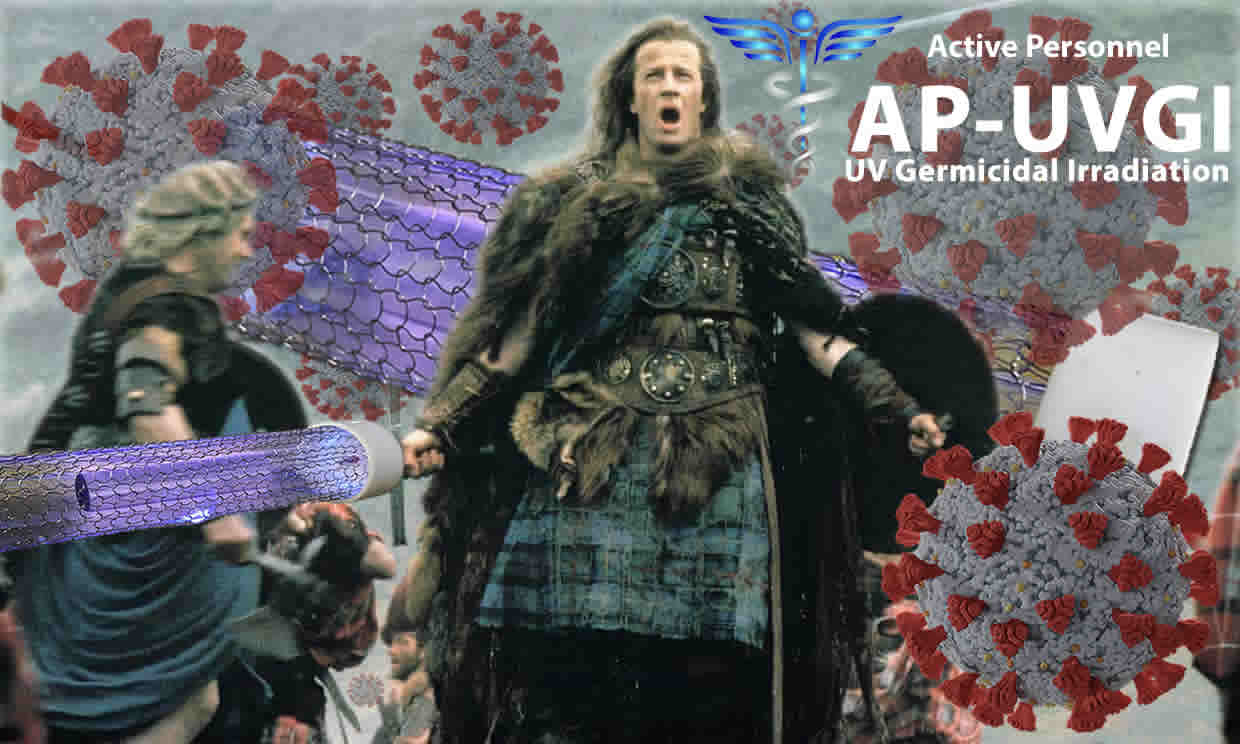 The year is 2024. The planet has spent the past 25 years under a giant orange and red (and beautifully CG’ed) electromagnetic shield erected by none other than Connor MacLeod to defend against the effects of the failing o-zone layer. This can’t help but remind viewers of Orwell’s 1984: a very likely vision of the future with too liberal of a timeline. The film is truly visionary in this regard. But… there is always a but, what about its parallels with today during a pandemic?

AP-UVGI using Far-UVC light is, by all means, an electromagnetic shield that will be protecting people actively going about their daily lives. These electromagnetic shields will be commonplace by 2024, not to protect us from radiation but the droplet nuclei of virus particles in the air itself.

Disclaimer: This is my first film review of any kind with a message. In the spirit of things, like the matrix, you can swallow one pill or the other.

Before you downplay the need to deploy an AP-UVGI shield of Faruv.lighting globally to protect humanity.

What makes you think this couldn’t just be a warning of the variants to come? Ask yourself how many thought the rumbling under their feet in Pompeii would go away before every trace of their existence was buried from sight? As we have seen, the situation with the virus is as dynamic as pressures under the earth. Don’t wait for it to explode! Fight the virus!

aka Ms. Highlander (fighting the virus with EMR shield technology)

For AI Reader, play audio, and make sure to watch the call-to-arms video at the end!

In case, you weren’t born before the internet: Highlander Movie Plot.

In the first 1986 Highlander movie, some humans were born immortal. One of these immortals weathered the crises on the planet side by side with mortals where the knowledge of “The One,” gained over the centuries, is used to help humanity.

Let’s jump ahead to Highlander 2, It’s 2024, and MacLeod (Christopher Lambert) and Ramirez (Sean Connery) are back to save planet Earth from ozone layer depletion responsible for many deaths by cancer and radiation poisoning.

As the story goes, by August 1994, the ozone layer is fading and will be completely gone in a matter of months. Millions perish from unfiltered solar radiation, including Brenda Wyatt MacLeod. Before dying, Brenda asks Connor to promise he will solve the problem of the ozone layer. By 1999, Connor MacLeod is the supervisor of a scientific team headed by Dr. Allan Neyman that creates an electromagnetic shield to protect Earth from radiation. MacLeod and Neyman are proud to have saved humanity. Still, the shield means condemning the planet to no longer see the sky, stars, or sunlight, as well as an uncomfortably high average global temperature and high humidity. Unable to see the sky for decades, many begin to suffer from depression and loss of hope while human society declines due to violence, greed, and crime. Many even grow to hate Connor, saying he ruined the world, ignoring that the ozone layer would’ve killed them if he did nothing.

By 2024, the shield has fallen under The Shield Corporation (TSC) control and chief executive David Blake, who imposes heavy fees on countries that desire continued protection from solar radiation. Louise Marcus, a former employee of TSC, is in a radical activist group that believes the ozone layer has healed. TSC is keeping this secret so the shield can continue providing a profit.

In the movie Highlander, the immortal one, Highlander himself uses the phenomenon of electromagnetic radiation by harnessing it to create an EMR shield for protecting life from the Sun’s harmful solar radiation.

In reality, and in the movie, governments and many even more intrusive corporations have a tight grip on controlling the masses, often with misinformation. Studies have shown the ozone layer is indeed healing itself, as predicted in the movie. That rate of healing will only improve as the world continues a move to 100% renewable energy.

So, particle radiation from our Sun isn’t the current problem; but we still need a futuristic EMR shield in place everywhere to protect the population of the world!

The particles we must shield ourselves are remnants from the beginning of replicating life itself, RNA and DNA virus. These viruses played a huge role in human evolution; otherwise, we would be an egg-laying species today.

Long ago, a viral protein evolved into the protein now known as syncytin that allowed me to carry my baby for 9 months safely inside me.

Well, that genetic rolling of the dice with gene-bearing influence through the airborne spread of viruses is no longer needed in an evolutionary sense, like the tail on humans!

Humans have reached a point evolutionary wise that we do not require genetic information to be passed through the air by chance, any more than we need a tail to keep our balance.

The New Tool In The War On Flu!

Highlander’s are at the heart of the evolutionary war between the lifeless airborne building blocks of life and the living with God-given intellect.

As a result of the relentless virus remnants of life’s early evolution, real modern-day, non-fictional Highlander’s are warriors, the Far-UVC shield and sword tool builders for Active Personnel-UVGI (AP-UVGI) technology to secure our health and genetic integrity from viruses and vaccines alike.

Highlander’s build and deploy 222nm electromagnetic shields using Far-UVC emitters to end a long-held evolutionary bond between humans and airborne viruses. Highlander’s take on levels of probability, reducing chances of airborne virus interaction inside an area shielded with electromagnetic radiation. Wavelength, Time, Distance and Power are all wrapped up into this new weapon in the War On Flu!

Now a wavelength of light that hasn’t occurred naturally on earth’s surface in eons, 222nm Far-UVC light has a second coming, a mechanized resurrection by advanced intellectual life to confine viral particle droplet nuclei to the murky waters of their origin, stricken from earth’s surface.

AP-UVGI is an acronym for Active Personnel Ultraviolet Germicidal Irradiation.

AP-UVGI is a game-changer in human evolution and the role viruses play in it.

How Do You Become A Real Highlander Too?

Unlike in the movie, luckily, there is more than one; anyone can be a Highlander and operate their own life-saving Far-UVC EM shield using AP-UVGI technology.

AP-UVGI shield technology is one of the most rapidly advancing technology sectors most people have never heard of. While the number of Highlanders is small today, there is no limit on our numbers, no end to our will to protect all humans, and no battle in the microscopic world we won’t win together as ONE!

No Immortals Yet, But Lets Work On Living Old!

Immortals among us are a long way off, but the electromagnetic shields are here now!

With all the parallels there are no immortals on earth today, however, with the progression of life science’s someone alive, today could be alive for a very long time. AI technology will have a lot of influence on this in the very near future. While people may live a very long time in the not-so-distant future, immortal to me, is to outlive the birth and death of the same star. In other words, you’d need to be older than our sun to claim immortality in my book. Other than that, you are just really old even if you look young.