Increase the light frequency of 380nm Li-Fi by 561.5 THz which amounts to increasing the photon by the same energy it takes to make this color reach your eyes. 558.4nm 2.22 eV visible wavelength color d7ff00 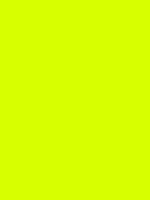 At Quanta X Technology, we understand the electromagnetic radiation spectrum very well.  We specialize in both offensive and defensive roles of EMF usage and protection.   A good example of offensive EMR is the commonly used frequency of 1181680953.88254 MHz 1,181,680.9 GHz 1181.7 THz or 1.18 PHz to inactivate viruses, better know as UVC, with a wavelength of 253.7 nm.

Li-Fi is boosted by 2.32eV Photon Volts or increased by the color or green visible light.

but what about radiation that we are subjected to every day? Extremely common radiation, which has a photon energy a million times that of a 900 MHz radio wave?

Our friendly neighborhood galactic thermonuclear reactor emits a wide spectrum of electromagnetic radiation, and we’re lucky enough that some of it are in the visible and infra-red spectrum, else we’d be cold and dark, and probably not alive right now. It is widely known that the sun also emits radiation in the ultraviolet spectrum and that UV can cause skin cancer, sunburn, and other issues. This is due to high-frequency UV radiation being high energy, ionizing radiation.

Consider the following images. The first image is from the Oklahoma Mesonet and shows the current amount of radiation (in watts per square meter) that is arriving at the ground on that date and time. The next image shows a typical mix of wavelengths that make up sunlight.

So, you’re looking at almost 1,000 watts per square meter where the sun is shining (see surface power density later on), and most of this is in the areas between 350-750 nm, which works out as photon energy between 1.6 to 3.5 eV. That is 161,000 to 354,000 times more powerful than the photon energy which makes up the average Wi-Fi router RF emission. You’re exposing yourself to thousands and thousands of times more radiation, and much more damaging radiation by walking outside than you are sitting across the room from your Wi-Fi router.

Red light has a frequency around 430 terahertz, while blue’s frequency is closer to 750 terahertz. Red photons

Although electromagnetic radiation from across the electromagnetic spectrum exists in nature (for example, gamma ray bursts are produced from supernovae, neutron stars and black holes and radio waves are produced by lightening), for us to harness parts of the spectrum for our own use requires both that we can produce (or emit) the appropriate part of the spectrum as and when needed and that we can then detect (and measure) the resulting radiation.

Humans have already been very successful in generating and applying electromagnetic radiation – x-ray imaging in medicine, communication via radiowaves, and quick cooking using microwaves. However there remains a wide under-utilised gap in the “terahertz” (THz) region. The prefix “tera” represents 1,000,000,000,000 or 1012. This is the region where the electromagnetic radiation has a frequency of between approximately 0.1 – 10 THz. The wavelength of terahertz radiation ranges from approximately 0.03 mm – 3mm, which explains why this part of the spectrum is also know as “sub-millimetre”.

Although terahertz radiation is common in nature (almost half of the cosmic radiation background is at terahertz frequencies), terahertz waves have proved difficult to produce artificially and difficult to detect. Fortunately, given the many potential applications, science and technology has improved and there is now a concerted research effort to harness the terahertz part of the spectrum.

For example, a 1-THz signal passing through a quarter-inch-thick piece of plywood would have 0.0015 percent of the power of a 94-GHz signal making the same journey. And if the material is damp, the loss is even higher. (Such factors affect not just imaging through barriers but also terahertz wireless networks, which would require at the least a direct line of sight between the source and the receiver.) So your childhood dream of owning a pair of “X-ray specs” probably isn’t going to happen any time soon.

It’s true that some researchers have successfully demonstrated through-wall imaging. In these demonstrations, the radiation sources emitted impulses of radiation across a wide range of frequencies, including terahertz. Given what we know about attenuation at the higher frequencies, though, some scientists who’ve studied the results believe it’s highly likely that the imaging occurred not in the terahertz region but rather at the lower frequencies. And if that’s the case, then why not just use millimeter-wave imagers to begin with?

Before leaving the subject of imaging, let me add one last thought on terahertz for medical imaging. Some of the more creative potential uses I’ve heard include brain imaging, tumor detection, and full-body scanning that would yield much more detailed pictures than any existing technology and yet be completely safe. But the reality once again falls short of the dream. Frank De Lucia, a physicist at Ohio State University, in Columbus, has pointed out that a terahertz signal will decrease in power to 0.0000002 percent of its original strength after traveling just 1 mm in saline solution, which is a good approximation for body tissue. (Interestingly, the dielectric properties of water, not its conductive ones, are what causes water to absorb terahertz frequencies; in fact, you exploit dielectric heating, albeit at lower frequencies, whenever you zap food in your microwave oven.) For now at least, terahertz medical devices will be useful only for surface imaging of things like skin cancer and tooth decay and laboratory tests on thin tissue samples.