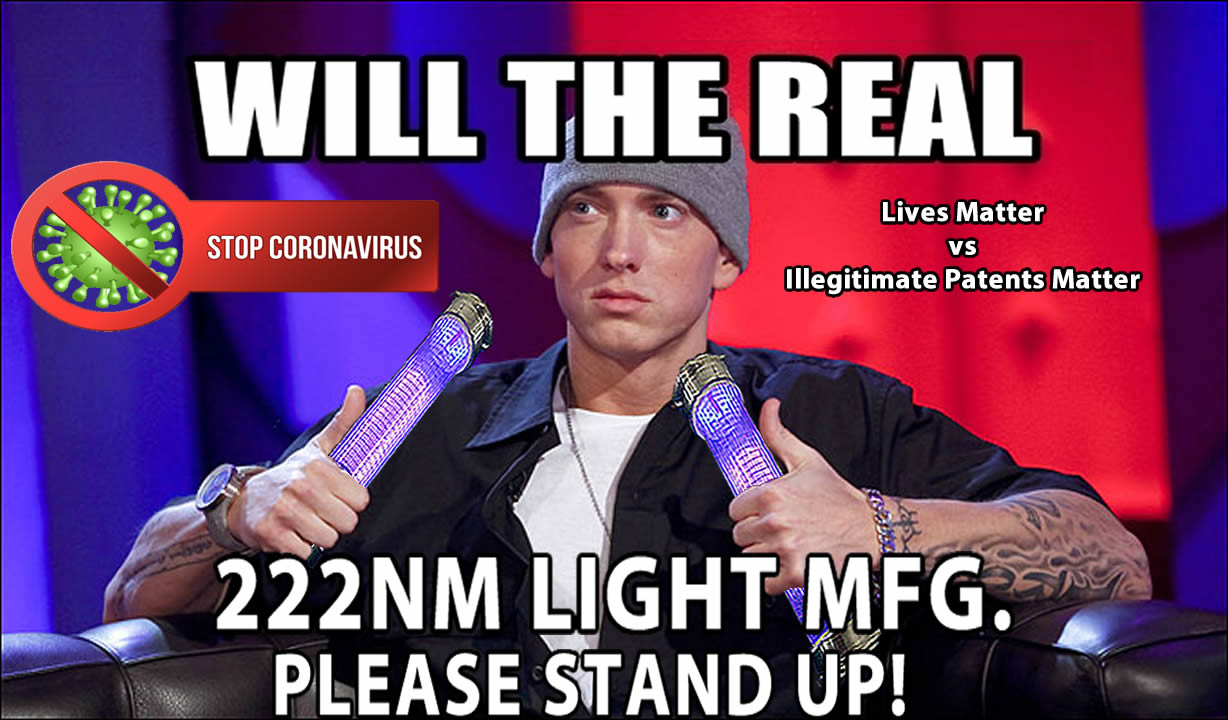 Ultraviolet (UV) radiation with a wavelength of 254 nm has been widely used for sterilization and inactivating viruses. UV radiation with a wavelength of 254 nm can effectively inactivate viruses and bacteria; however, irradiating the human body with such UV light can cause skin cancer and internal disorders. The use of UV irradiation at that wavelength in environments in which people are present has thus been avoided. Even so, UV radiation with a wavelength of 222 nm has recently been attracting attention because it has a strong effect in terms of sterilization and inactivating viruses in a similar manner to conventional 254-nm-wavelength UV radiation. As for safety, it has been confirmed by multiple medical institutions and universities that 222-nm UV is much safer than the conventional 254-nm UV radiation. If UV radiation were harmless to people, it could be used for sterilization and inactivating viruses in any public and commercial facilities in which people are socially active, such as hospitals, schools, and offices. It is therefore expected to balance the tradeoff between suppressing pandemics and maintaining social and economic activities.

To meet that need, Professor David Brenner of Columbia University combined a KrCl excimer lamp with an optical bandpass filter to eliminate the long-wavelength UV radiation harmful to humans. He selected and successfully utilized only the UV with an inactivating effect on viruses and bacteria.

Ushio, Inc. acquired an exclusive worldwide license for a basic patent on this technology in 2015. We have consequently become the only company in the world capable of providing high-safety 222-nm wavelength excimer lamps.

On the contrary, the minimum erythema dose due to UV irradiation with a wavelength of 254 nm is reported to be 10 mJ/cm2 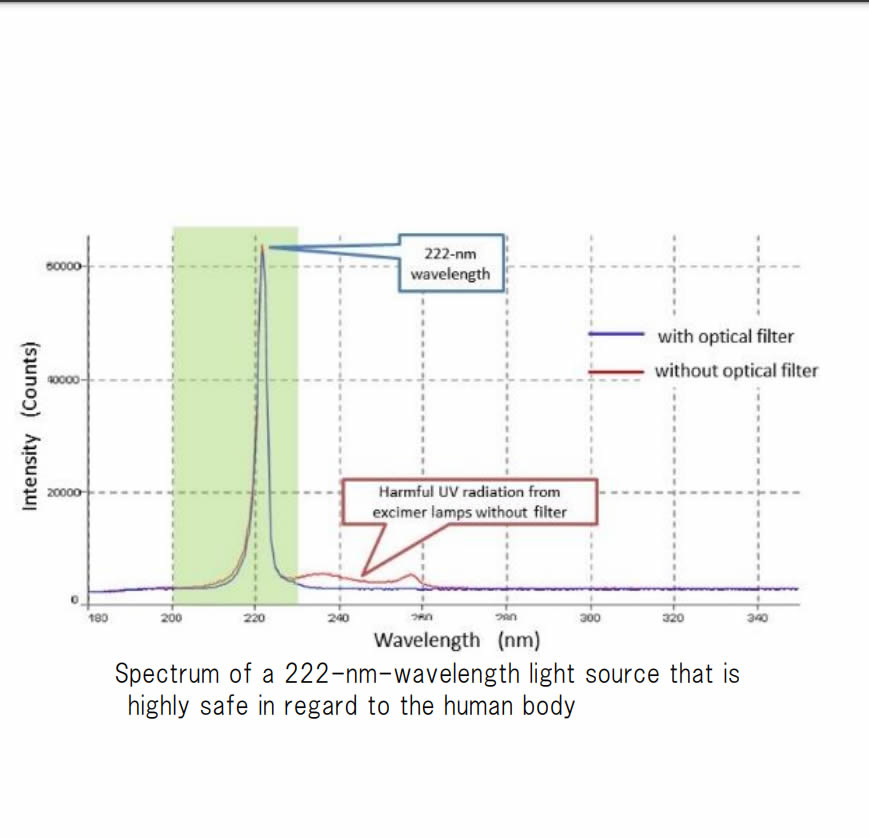 The 222-nm-wavelength UV radiation did not damage the human body mainly because it has a shallow depth of penetration into the living body, and that reason was clarified by research by Professor Nishikori’s group at Kobe University

Usually, on the skin, conventional UV radiation reaches the bottom layer, namely, the basal layer of the skin’s epidermis, where it damages cells and DNA. In contrast, it was revealed that 222-nm-wavelength UV radiation only reaches the extreme outer layer of the stratum corneum, which is composed of dead cells,

so it hardly damages the DNA of epidermal cells. In addition to the above-described studies, Professor Tanito’s group at Shimane University reported a study on the safety of 222-nm-wavelength UV radiation concerning the eye)

In the medical field, the human body may be irradiated directly and repeatedly, so the safety of 222-nm-wavelength UV radiation in terms of, for example, carcinogenicity must be verified. A group-A model mouse of xeroderma pigmentosum, which are very sensitive to UV radiation(namely, they are said to be about10,000 times more likely to develop skin cancer than wild-type mice), were repeatedly irradiated by 222-nm-wavelength UV radiation (2 ×100 mJ/cm2/week for 10 weeks followed by 15-weeks observation). When the safety of the UV irradiation regarding the skin and eyes was verified, it was found that the group mice irradiated by the 222-nm wavelength UV light did not develop skin cancer at all. In addition, no abnormalities were found in the eyes at the observation level with amicroscope3).About the sterilization and virus-inactivation effects of 222-nm-wavelength UV 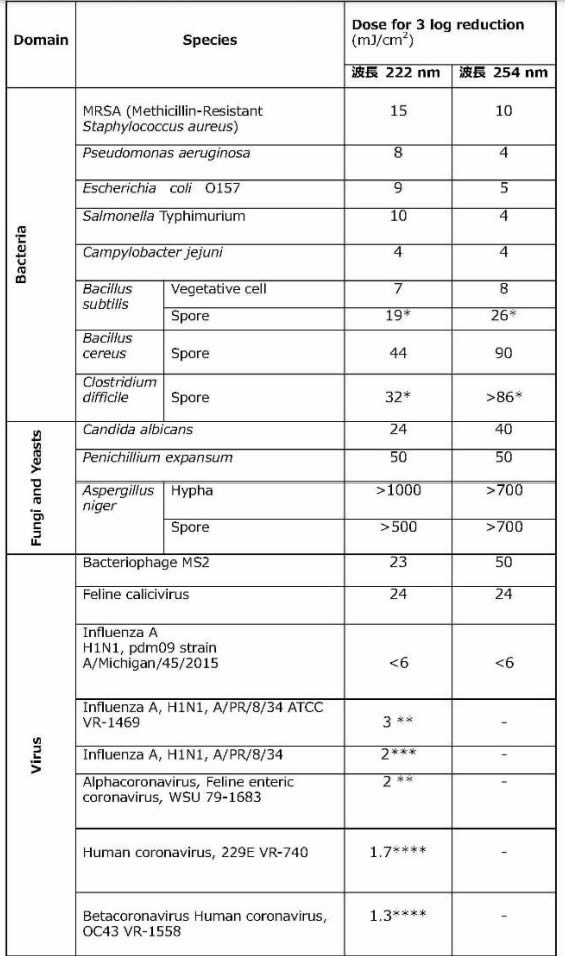 From that fact, it is considered that the novel coronavirus, which is suspected to be transmitted by an aerosol infection route, can also be inactivated by UV irradiation with a wavelength of 222 nm. The high safety level regarding the human body of UV irradiation with a wavelength of 222 nm and the inactivating effect on a wide range of bacteria and viruses indicate that this UV technology can be applied in various situations. We are looking forward to 222-nm-wavelength UV technology, which can inactivate viruses and bacteria without restricting people’s activities, contributing to meeting urgent social demands such as suppression of pandemics and avoidance of collapse of medical systems as well as maintenance of socio-economic activities.