Skip to content
It Is Time To Evolve! The New Technology Age of Aquarius and FAR-UVC Light

It Is Time To Evolve! The New Technology Age of Aquarius and FAR-UVC Light 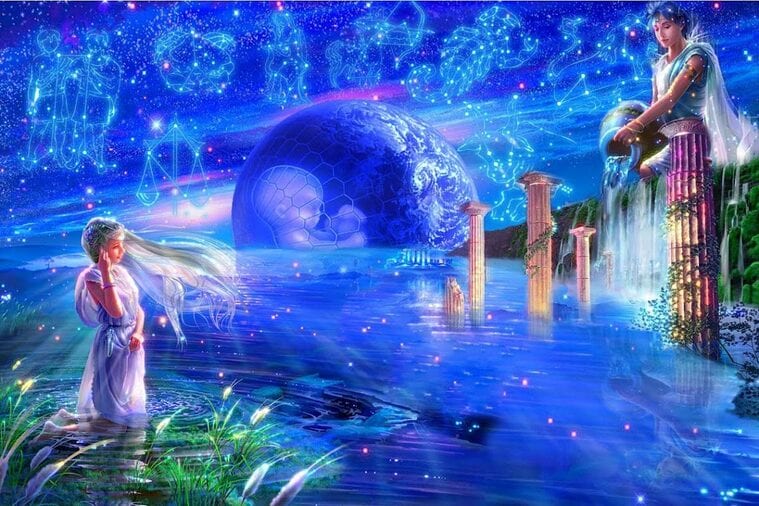 It Is Time To Evolve! The New Technology Age of Aquarius and FAR-UVC Light

Am I the only one that thinks it is ironic it was the suppression of Far-UVC light eons ago that allowed for life outside murky water to thrive (from photosynthesis inside algae to oxygen and ozone) with a thin layer of molecules created by UVC light, knowing viruses played a key role in human evolution, that is without viruses all life would still be laying eggs! Long ago, a viral protein evolved into what we now know as syncytin. The protein that allowed me to carry my baby for 9mo safely inside me.

Well, that genetic rolling of the dice with gene-bearing influence through the airborne spread of viruses is no longer needed in an evolutionary sense, like the tail on humans! It is time to evolve with technology!

It is time, Far-UVC light has a second coming, if you will, a mechanized resurrection by advanced life to confine viral particles of droplet nuclei to the murky waters of their origin away from earth’s surface.

The Next Great Hack On The Planet

The 1st great planet hack was built to survive a war!

The internet was the largest technology hack on the planet, turning it into a powerful network where ideas can grow, and connections can be made from anywhere on earth.

The NeXt Great Hack: Hacking now> Built to win a war!

The new Technology Age of Aquarius is also the dawning of our understanding for the next great hack on our planet. The mechanized deployment of Active Personal-UVGI (AP-UVGI) using Far-UVC light for indoor and outdoor spaces.

Every bit the reason I own the domain name WarOnFlu.com

Interestingly, a good book written thousands of years ago stated the creator was the light, the beginning, the end, the alpha, and omega — and there will be salvation and everlasting life with the return of the Lord’s light on the earth.

Far-UVC light is a tool in God’s toolbox for all creation. The QUESTION here is how quickly life made in the image of God’s own intellect picks up a wrench to give God a hand in a plan for humanity!

PLEASE PUT THE TOOLS GOD GAVE US TO WORK!

Knowledge is power! See the Light!